In the magical world of baking, Egg Yolk is a golden element, without which custards and mousses wouldn’t be the same. Not to undermine Egg White, I think I just like Egg Yolk better. In the savouries, Egg Yolk helps Mayonnaise and Hollandaise. But above all, Egg Yolk is simply best when runny, be it soft-boiled in an egg cup, or poached in simmering liquid.

BLT, or Bacon, Lettuce and Tomato, commonly refers to a sandwich. This week, I made a BLT, but with spaghetti instead of bread.

I was fortunate enough to be in Rome last month on holiday, or rather, on pilgrimage to the Vatican City and to the art of Michelangelo Buonarotti. But of course, in addition to all the sightseeing, I made time to have a taste of whatever dishes that might be unique to the region. Being in the land of pasta, Pasta Amatriciana is one of them. According to Wikipedia, ‘Amatriciana is a traditional Italian pasta sauce based on guanciale (dried pork cheek), pecorino cheese and tomato, well-known in Roman and Italian cuisine.’

So very basically, I gave it a go with bacon, red onions, tomatoes and Parmesan. Also, I had it with mushroom tortellini as opposed to the usual bucatini. 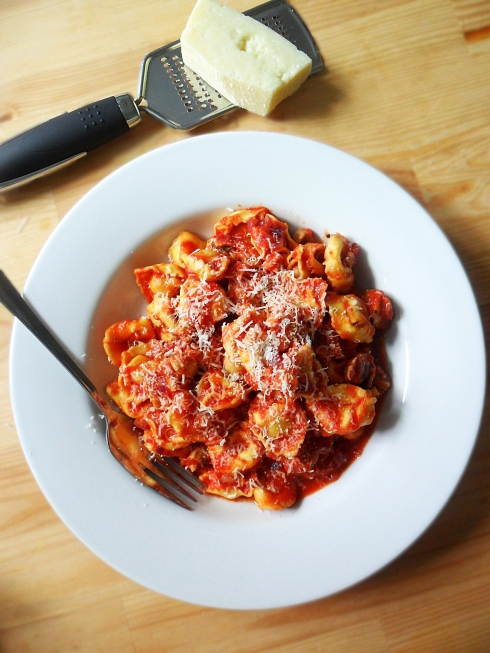 Seared fillet of salmon, on top of aglio olio with carrot, chives and mushrooms.

I will never get sick of the basil-oregano combination.

Another one to add to the vegetarian recipe list, this is a great dish to whizz up if you wanna have both pasta and that salty Asian flavour. 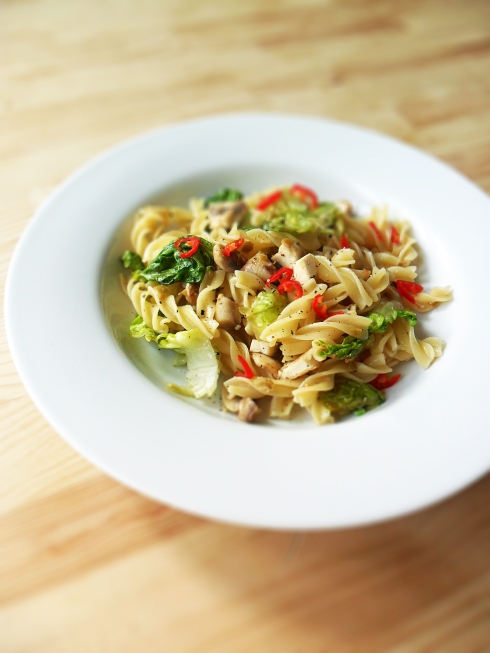 This is probably one of the best ways to have peppers, when they are the limelight of the show, no distractions, except for the lovely crunch of added pine nut or peanuts. 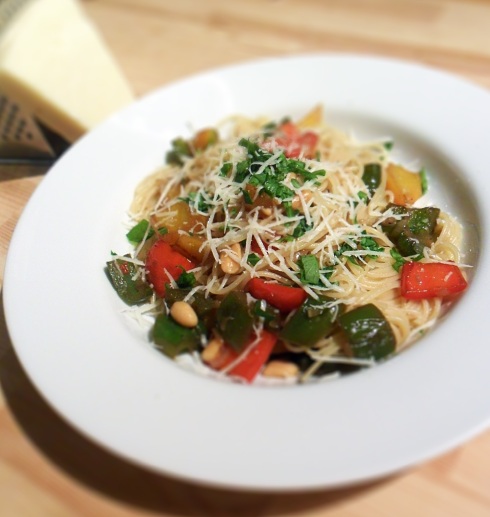 This is a brilliant combination if you’re craving that tomatoey flavour of bolognese but don’t want it too rich and beefy.

Chicken linguine in tomato sauce, with carrots, olives and capers.

(No space for full title above.)

Lemon salmon on oregano spaghetti with boiled carrots, blanched chicory and beansprouts, with beetroot and Brie. 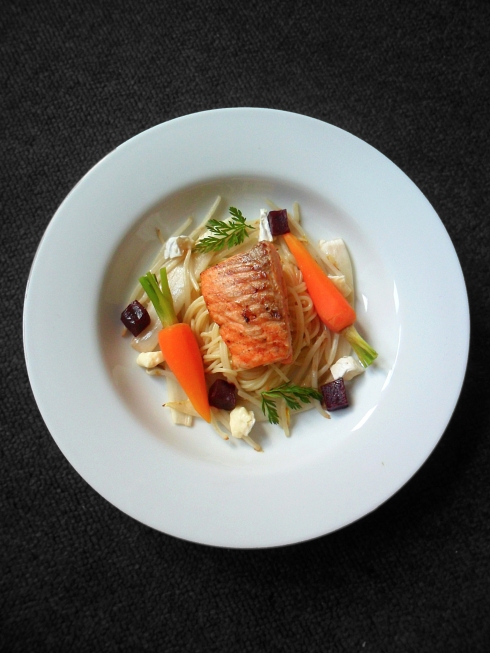 Cook For Myself | Skinny Nigel
Blog at WordPress.com.