It’s a good thing to make if you’ve only got some mushrooms in your fridge. No mucking about, just good simple food.

Mushrooms, tomatoes and basil are a winning combination. 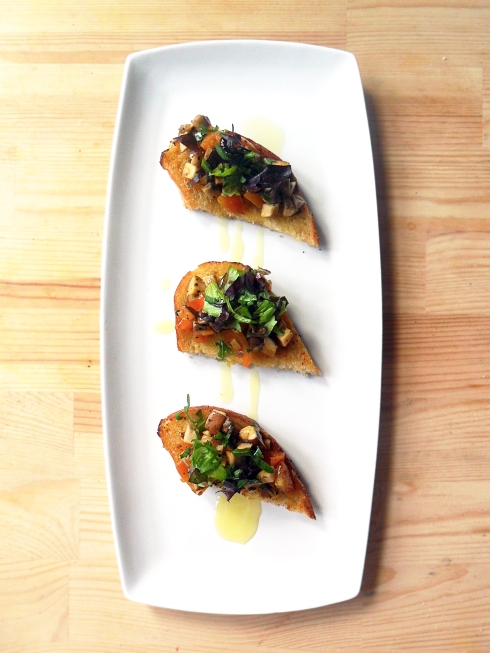 This was just an excuse to use the new plate, really.

This only requires one step.

As I’ve said many times before, Sunday mornings are times when you truly have the opportunity to make a good breakfast for yourself. Here’s what I had this morning – Mushroom and Brie Bruschetta (pronounced as [brusˈketːa]).

Alright, so it seems I’ve been having lotsa time to have breakfast in the mornings these days. Well, truth is, I’ve been waking late so brunch has become somewhat routine now. In any case, what I’d like to share here is a savoury tomato and mushroom compote. So easy to do, and so good with toast.

Toss everything into a skillet and mix till ready. 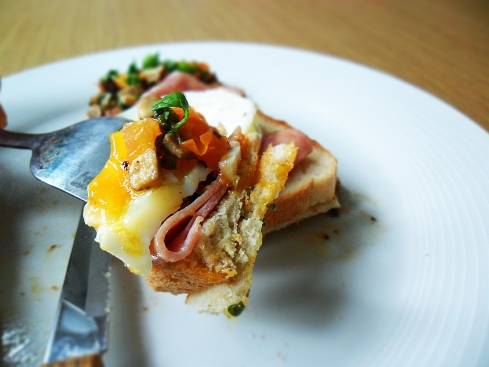 Have it with egg, ham, and toast. Lush.

Two mornings ago, I woke up from a dream; one about breakfast.

This is what I dreamt about: 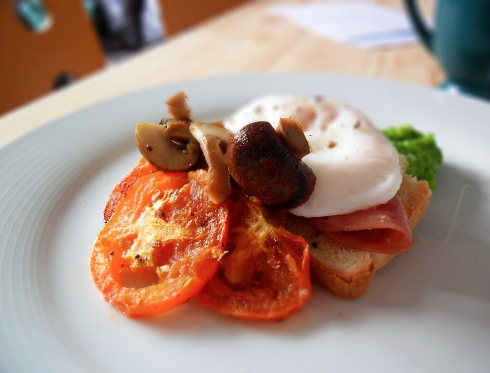 Poached egg on pan-seared honey baked ham and toast, sitting on a mash of garden peas. With butter glazed mushrooms and basil tomatoes. 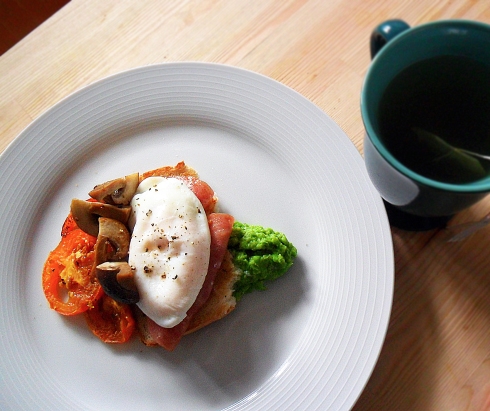 Perfect way to start the day.

Cook For Myself | Skinny Nigel
Blog at WordPress.com.