A couple of weeks ago, I was taught how to make gnocchi by an Italian lady called Cinzia, at the little cafe I work in part-time. So last week on my own, without her supervision, I gave it a shot at home.

The way she did it was with potato puree, egg, and flour. After combining the three components, and rolling everything into a long roll, the gnocchi is cut into bite-size pieces. I did it with too little potato and the gnocchi came out a wee bit starchy. Nonetheless, the sage butter accompaniment was fantastic. 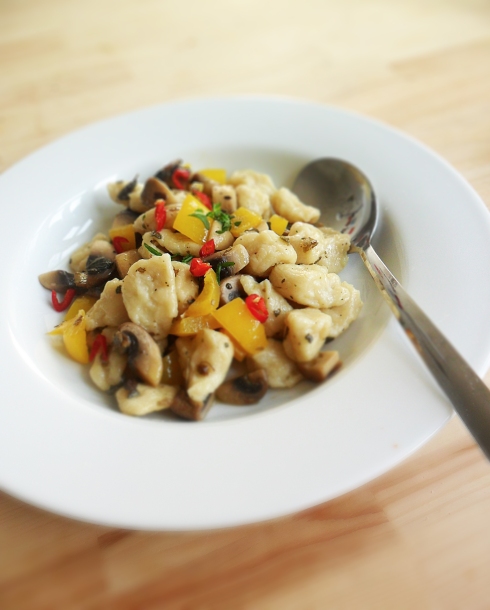 Okay, I went a little ballistic with the ingredients in this one, but making a stew really is a good way to use up all those nearly-dead vegetables in your fridge. No prizes for guessing how fresh my veggies were. 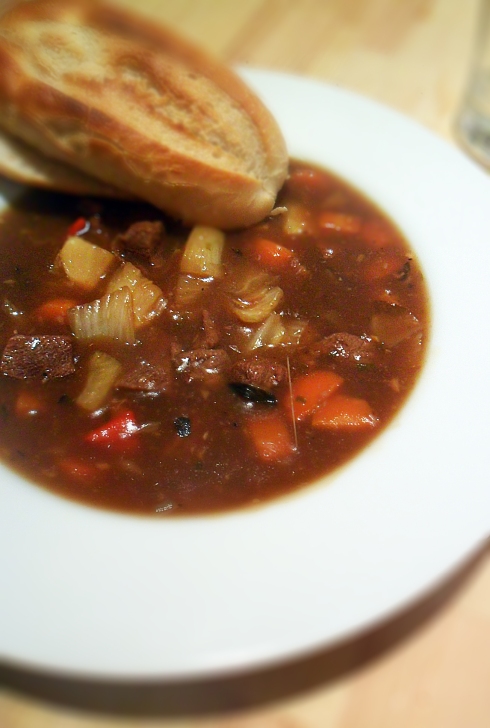 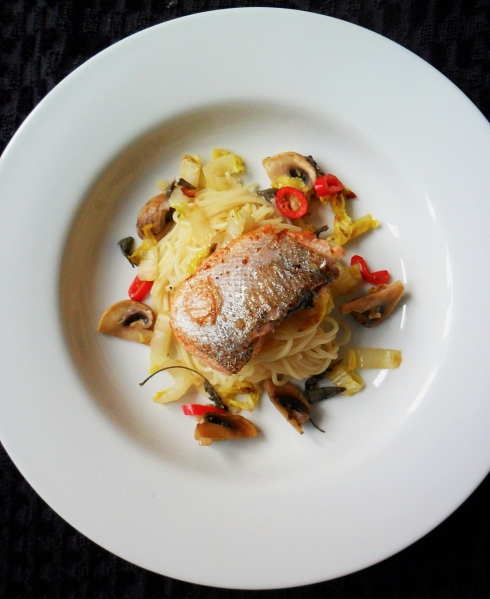 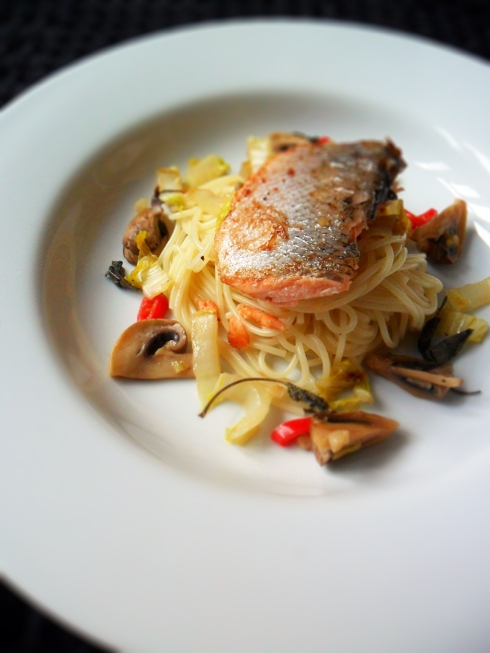 I wouldn’t call this a Mediterranean dish ‘cos it isn’t exactly one. But the combination of peppers and sage remind me of Greece. Anyway, here’s a simple recipe for a slight taste of the Great Middlelands. 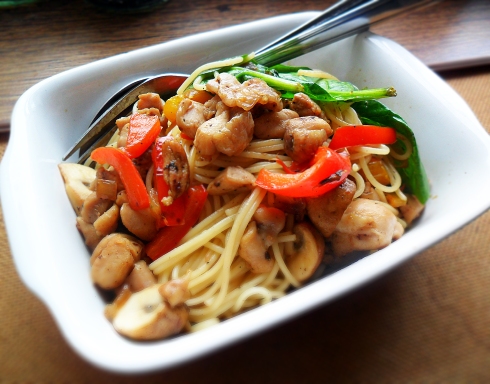 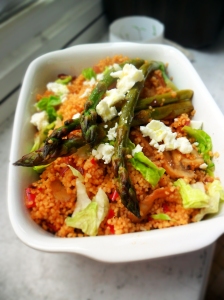 There are a couple of things that are absolutely necessary in a couscous dish, especially if you’re making one ‘cos you crave the rich flavour of the brilliant Mediterranean. Oregano and Cumin are essential. Unfortunately, I had a craving and had no cumin powder of any sort. But here are the ingredients I used to satisfy the craving as best as I could:

Roasted root vegetables like aubergines or cucumbers would’ve been lovely. Bell peppers even. But I really had to make do with what I had in the fridge and great thing I had Asparagus and Greek Feta to save the day.